Illegal File-Sharing: the Risks Aren’t Worth It

P2P networks allow file-sharing among personal computers over the Internet, without using a central server. As long as the user downloads the P2P application, a browser, such as Microsoft’s Internet Explorer, Apple’s Safari, Mozilla’s Firefox or Google Chrome isn’t necessary.

Using P2P applications, such as BitTorrent or Bear Share, the user is able to find movies or songs on the network by simply typing in the title.

When the user downloads that movie or song, his or her computer is likely to have been incorporated into the P2P network, possibly without the user’s knowledge. It also means that the user’s computer has very possibly been exposed to harmful viruses, worms and Trojan horses, as well as annoying pop-up advertisements. There is a real danger as well that private information on the computer has been accessible to others on the network. 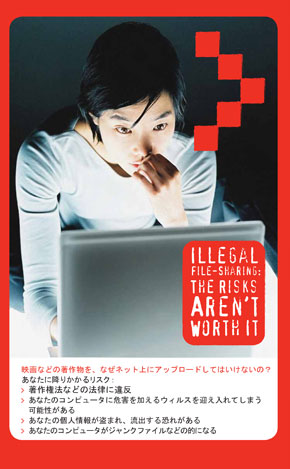